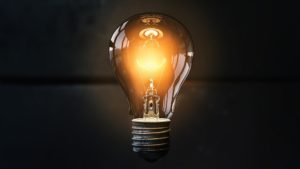 Reducing Greenhouse Gases is Not About Fuel Type

The greenhouse gas effect was confirmed to exist in 1988 and since then, we have had 30 years of very little action on this issue as the green movement adopted an anti-fossil fuels stance at any cost, rather than simply advocating for an engineered outcome.

The issue of switching to renewables has actually confounded any efforts to stem the rise of CO2 into the atmosphere by putting-off or preventing real action on switching to low-emission technologies for fossil fuels. This is because abandoning oil, gas and coal puts most of the world’s economies into a no-win situation. Unlike renewables whose contribution is limited to the supply of electron flows, oil, gas and coal are also a valuable source of complex, organic molecules. How valuable is this source you may ask? Based on IEA, EIA and UN projections, consider that crude oil demand around the world will increase by a further 20% by 2040 to reach around 120 million barrels daily. The six largest oil companies have already announced plans to spend around $1 trillion over the next decade in the expansion of oil, gas and in refining, and to a lesser extent into coal. In fact, it is in oil and gas refining where most of the increased capacity has occurred in the past three years; this is planned to meet projected growth in the demand for materials that include plastics, resins, coatings, lubricants, fertiliser, road-surfacing and a plethora of specialized chemicals. In terms of fuels, there is a considerable cross-subsidy that occurs at the refining stage between transportation fuels and all other crude-oil by-products. And let’s consider that there is no substitute for aviation fuel for which global consumption growth has outstripped all other fuels in the past decade. All I can say is “good luck” turning that ship around because as of now, the world cannot get by for a single minute without oil and gas.

On the other hand, climate scientists have calculated that any delay in lowering global emissions will result in a 2-5 degree warming of the atmosphere, but already it seems as if the rise in temperature (and sea levels) will exceed their worst-case scenarios. For climate-change deniers it may be worthwhile mentioning that both poles are warming and every ice body on earth (that is every glacier and ice sheet) is receding – there are no known exceptions!

It seems that we are at a time-critical moment in this looming crisis and there is no realistic possibility chance that the world will reduce the consumption of oil, gas and coal in time to avoid a crisis!

The time frames also suggest that long-term, indirect action such as carbon-offsetting is unlikely to be a strong enough response to tilt the world away from the catastrophic effects of climate change.

But there is a chance, in fact a very good chance, to institute a global reduction on the uncontrolled venting of fossil fuel wastes into the atmosphere. While this will undoubtedly come at a cost I think this is one paradigm that could be universally adopted because the thinking behind it is already familiar to most of us.

What does this mean? Well, it means that we look at the issue of emissions in the same way that we would view any other type of waste.

For controlling wastes such as sewerage, litter and sulphur the change in thinking was successfully embraced around the world even though it came with a cost. While most of this cost is communal and requires upfront public and corporate investments, the ongoing cost of waste handling is shared by all economies. Similarly, accepting that fossil fuels are an integral part of our society means that we also accept the cost of capturing and processing waste from fossil fuels.

By stirring up furore and political opposition to fossil fuels since the early 1990s, the actions of a small number of extreme environmental advocates for the complete banning of fossils fuels means that we have lost 30 years of progress on the waste containment front. Unrelated issues have become conflated resulting in confusion and infighting across the political spectrum. To a despairing public, the ensuing political stalemate on the issue is juxtaposed against an apparently unresolvable conflict between our dependence on those valuable organic molecules and the future of our environment. However, the banning of oil, gas and coal is neither practical nor desirable, especially if the issue of greenhouse gas emissions is reduced to one of waste containment, handling and responsible disposal or recycling. It is the same paradigm that faced the citizens of London in 1858 when construction of London’s sewerage system began, thereby preventing future outbreaks of cholera. The success of that and all other large scale cleanup campaigns relied on gathering support to solve just one single problem with one direct action.

What I am arguing for is a change in paradigm – one where we simply accept that we must get on with the singular goal of containing and handling our own greenhouse gas wastes at all levels. This is not to say that other issues do not need attention, but for now, we need to focus on this single, time-critical problem.

There are many examples of universal acceptance for this form of thinking and the communal costs of doing so many times. For example – we accept that we must find a toilet and avoid leaving our bodily wastes in the streets, that we should not smoke cigarettes in many places such as schools and hospitals and that we need to find a rubbish bin for our litter. In developed countries, we also accept that vehicles should not be so run-down that they blow clouds of smoke when driven, that gasoline should be “lead-free” and also “low-sulphur”. So global society is already habituated to this type of thinking – could we just take that thinking one step further to restrain the venting of CO2 by all users?

What I am arguing for is a global collaboration on just the singular issue of the venting of greenhouse gases – one that will reduce the largest fraction of the greenhouse gas emissions rapidly and with minimal disruption. The message then becomes “Burn as much oil, gas and coal as you need, just don’t vent your waste into the atmosphere that belongs to everybody”.

In so doing let’s not get distracted by absolutist positions to ban this and that industry because that only leads to divisive politics and ultimately descends into infighting and inevitably, inaction. The blame-game is also futile and should be set aside. Direct action means that restraining the venting of gases is the responsibility of whoever is in charge of the equipment. That is the power-plant operator, the truck-driver and the car-owner. Of course, manufacturers of vehicles will need to engineer restraining devices in new models, and retrofitting of older vehicles may also occur under a regulated combination of incentives and penalty. But in the end, everyone pays!

To be clear, on a global scale this problem of greenhouse gas emissions require that we focus on one big idea at a time. This is the only way you can mobilize the public to agree and work together on one issue. While I agree that one-day oil, gas and coal might be replaced, right now there is no chance that this will occur in time to prevent climate change, so we need to accept that oil, gas and coal are here to stay and we need to undertake containment of GHG venting.

There are many examples of single, big ideas that have led to effective universal actions. These include mobilizing whole nations for all-out war and on the other hand, mobilizing in protest against state-sponsored violence. Historical examples also include global fund-raising for famine-afflicted communities in Africa, banning the use of chlorofluorocarbons, preventing acid rain, the anti-whaling movement and the drive to extinguish small-pox. What every one of these very big movements had in common was that they had called on direct action towards just one single outcome. Very few multi-agenda campaigns succeed while big, single issues usually can garner universal acceptance. Universal action to solve the greenhouse gas issue cannot contain any grey areas or “sidebar issues” – it must be communicated as one big idea for there to be any hope of succeeding. National leaders have always known the importance of uncomplicated messaging to garner political support for nation-building programs or to go to war, as some examples.

The problem with the greens is that they have taken an unrealistic path that is interwoven with an impossibly, poly-conditional set of goals as pathways to climate stability. For a green-party, it is not enough to reduce or even prevent greenhouse gases, we must also stop using oil and gas altogether representing an unrealistic and inequitable set of values. Further, they proscribe that wind, hydro and solar-power technologies must be part of the solution. But as of 2020, these look increasingly unlikely to provide dependable and low-cost power that is also sustainable. In fact, the flaws in these approaches are now being felt in places such as California and Germany who have been at the fore-front of renewables infrastructures. Many green groups also have an irrational opposition to nuclear power, to eating meat, advocate sustainable housing (whatever that means) and attack politicians depending on their party affiliation. If even the keyboards on the world’s computers are made from refined crude oil, is it any wonder that to most of us, any action appears to be beyond reach? To most people who work long hours and just want to get on with life, these “climate wars” becoming depressing and confusing. I contend that the level of despair that this creates has led to a public that is increasingly tuning-out. Most commentators incorrectly refer to this as climate change denial but it is actually borne of public despair in the face of relentless moralizing, shaming coupled with overly-complicated and easily corruptible economic schemes such as carbon-offsetting, blame-shifting, argument and counter-argument.

In the U.S.A. alone, the Department of Energy (DOE) is partly subsidizing at least 56 pilot programmes in partnership with academic and industries using a variety of technologies for “post-burn” carbon capture and recycling. Most of these projects are in the $2 million to $50 million dollar cost bracket and are being demonstrated on small-scale coal-fired plants ranging in size from 0.3MWe to 10MWe. The goal of most of these is to bring the cost of CO2 capture down to an economic level of less than $40 per tonne of CO2 while achieving carbon capture of 70 to 90%. One has even achieved a better than predicted outcome of $32/tonne of CO2 although it is still early days. Technical issues being worked upon include the energy costs of capture, finding new uses for the recycling of captured carbon (some uses include purified carbon for chemicals, inks and lubricants, and urea for fertilizers). Similar programmes in China and Europe will eventually lead to a new wave of technological investments and economic growth as companies compete to provide cheaper and higher-yielding technologies.

I now need to put on my engineering hat and outline a few challenges.